A few years ago my brother called me and reminded me I had forgot his birthday, which is in September.  He said he expected me to forget him at Christmas as well.

So I said what can I do to redeem myself?  He is an N Scale modeler and he said I could make him model of Gleaner Combine Harvester that our family used for many years to harvest wheat from Texas to Montana.  You have to start at the last picture to get the development history.

I started with a 1/83 model of the combine.  I good pictures of the top, sides, front and back.  Then I used these to make a paper model using Descriptive Geometry techniques.    By covering with several coats of lacquer you can get close to plastic.

I turned the big wheels on a lathe and made molds and cast them and the base frame in white resin.  And then I vacuformed the cab.

I cast the operator from the top half of an N Scale figure.  I never solved the problem of what is called the reel.  The reel is the device on the front of the “header” that turns to force the wheat into the mechanical sickle.  There have had six bats since Cyrus McCormick made the first reaper in the 1800s.  For my brother one of model I made one out of clear plastic that does not turn.

Using the same techniques I made another paper master and made a several piece casting that made the resin model shown in the last few pictures.

I have developed a master for the reel but it is not shown, however I have not figured out how to make a two or three piece mold to produce the final product.   In the last picture the side of the combine should have grain auger in place either erect or stowed on the side.

If it ever gets finished it will be a post retirement project. 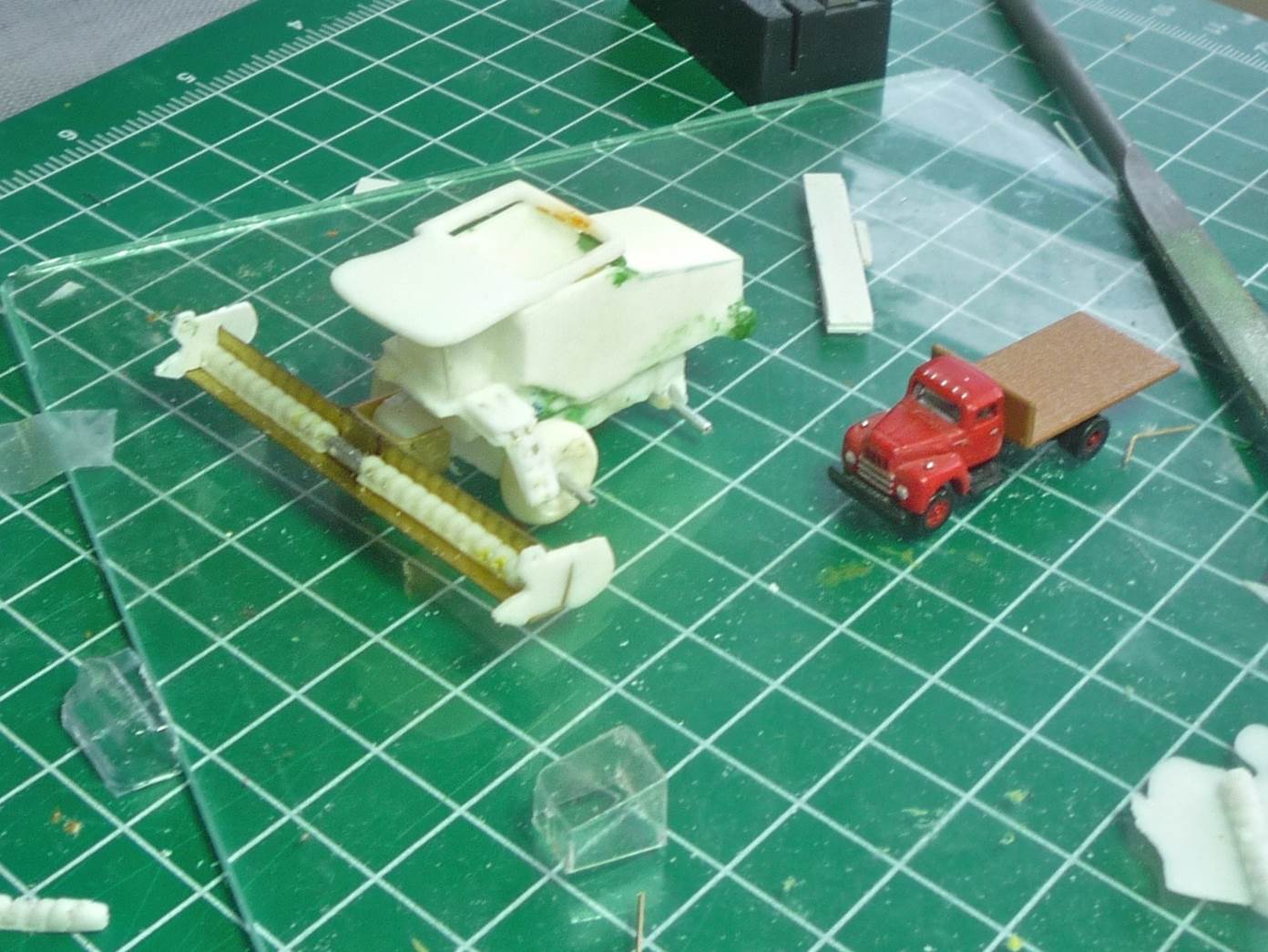 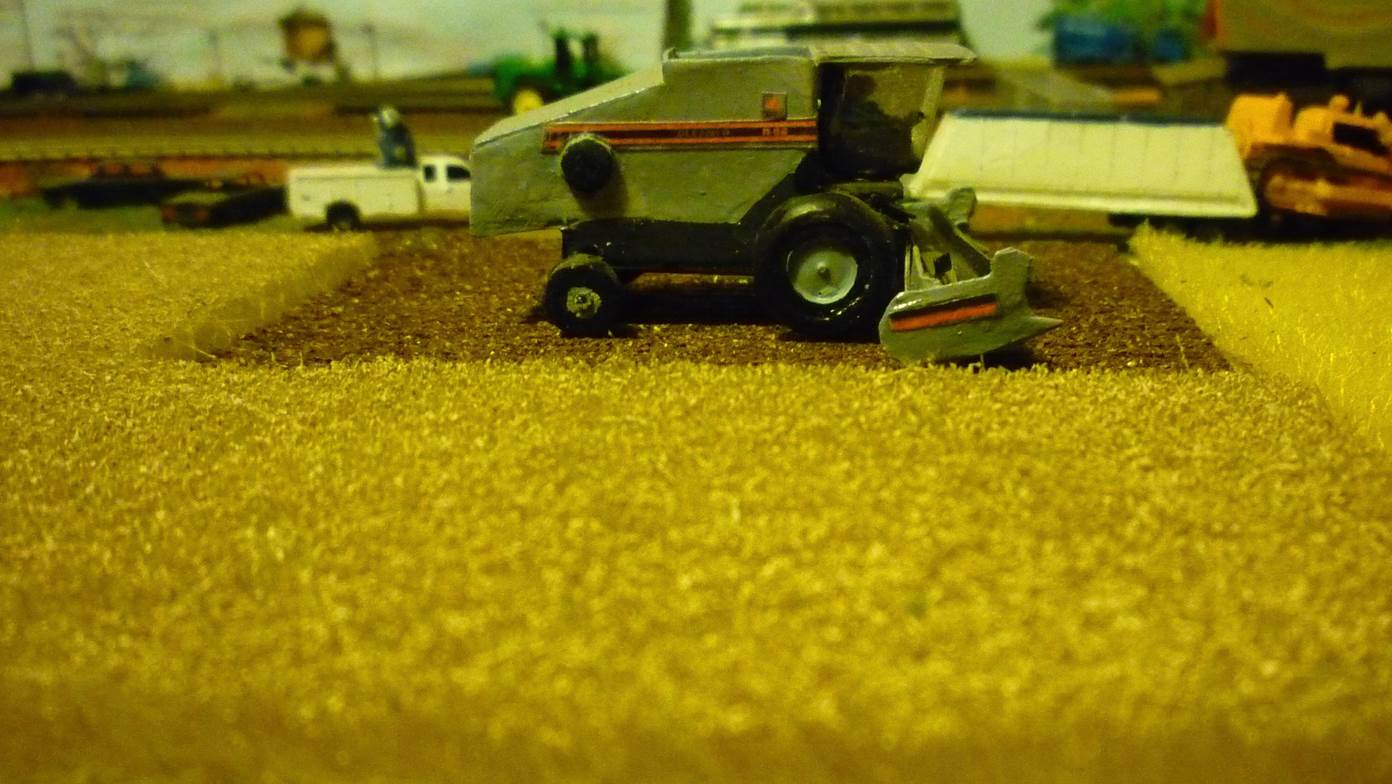 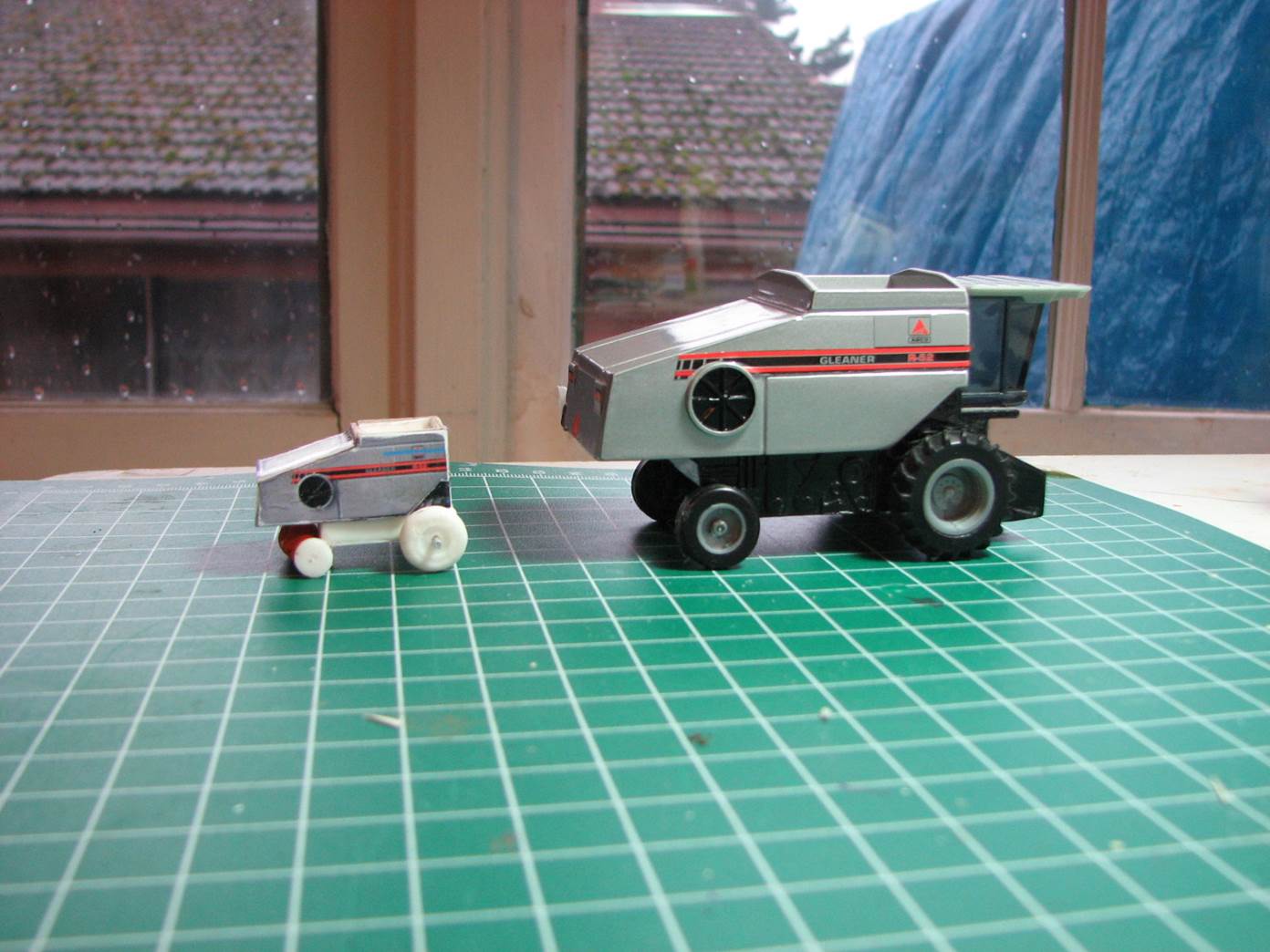 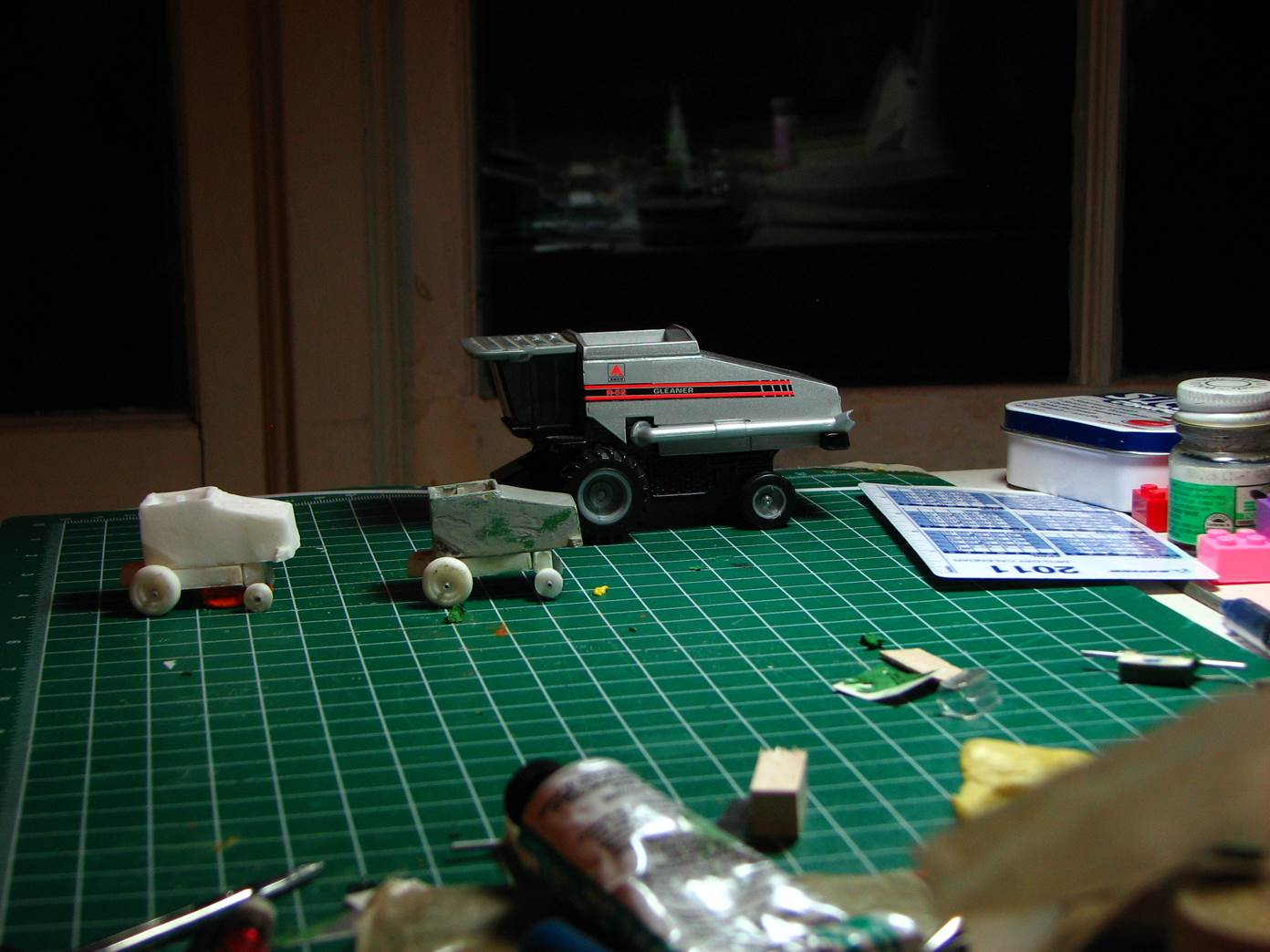 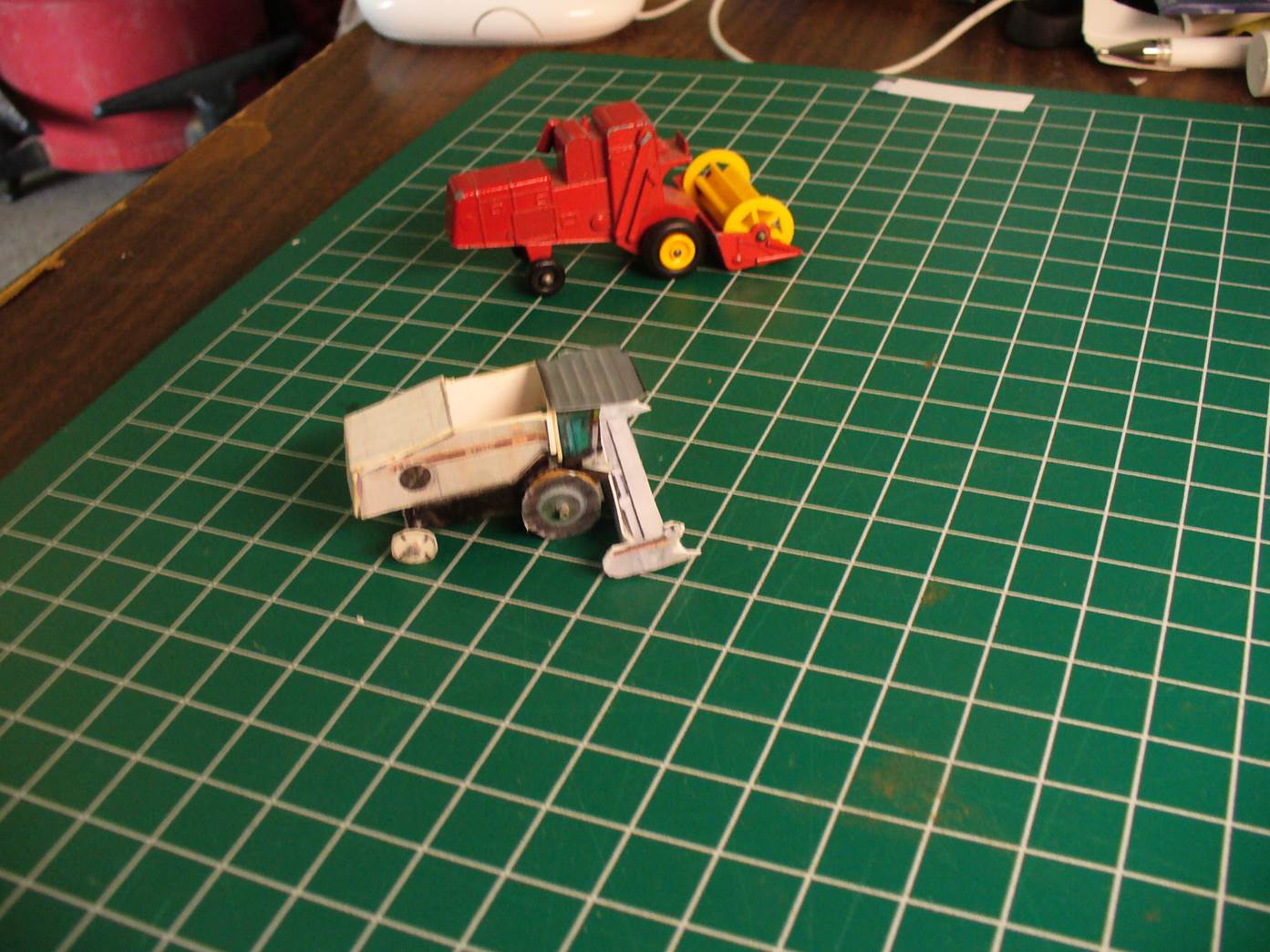 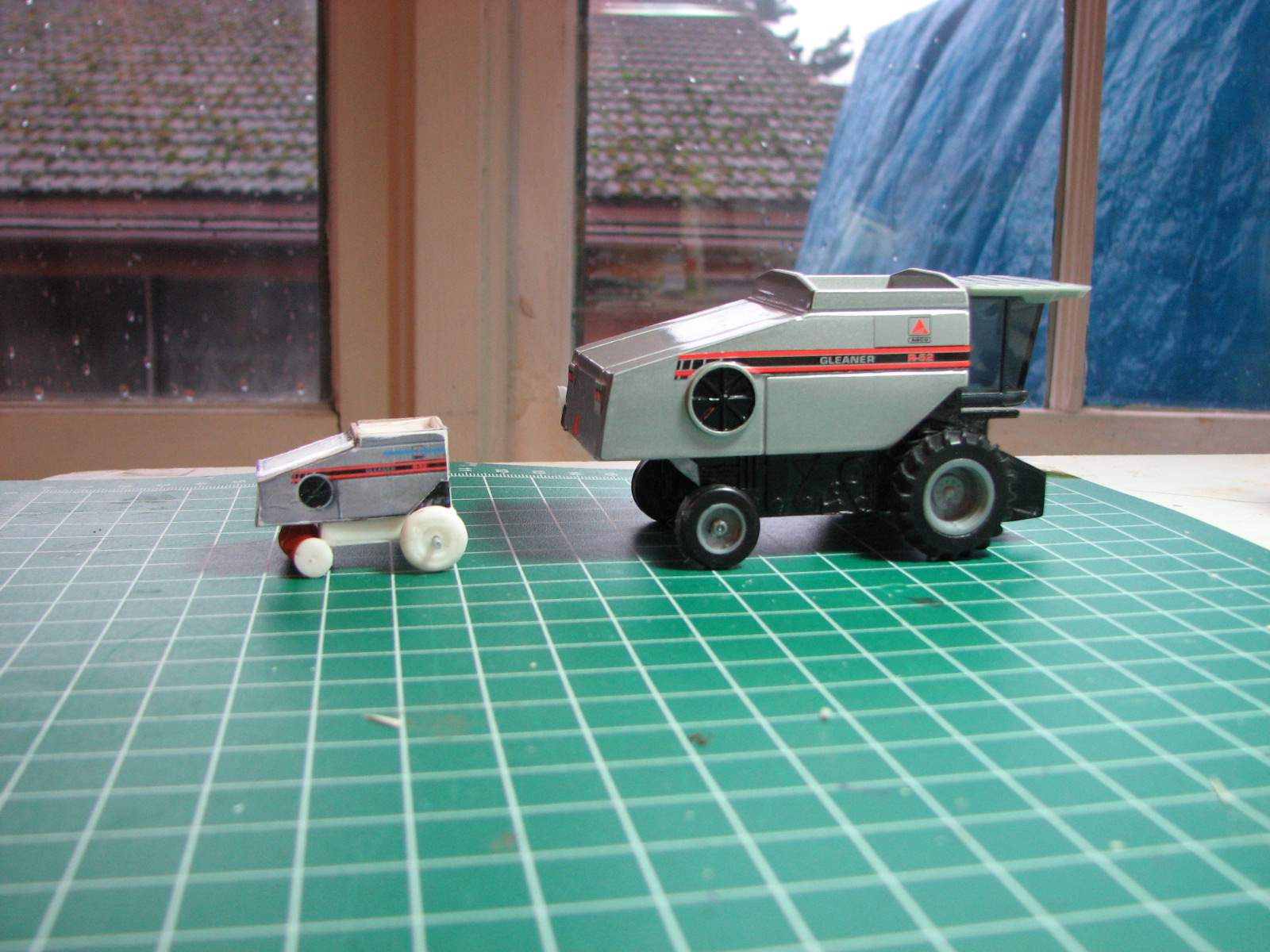 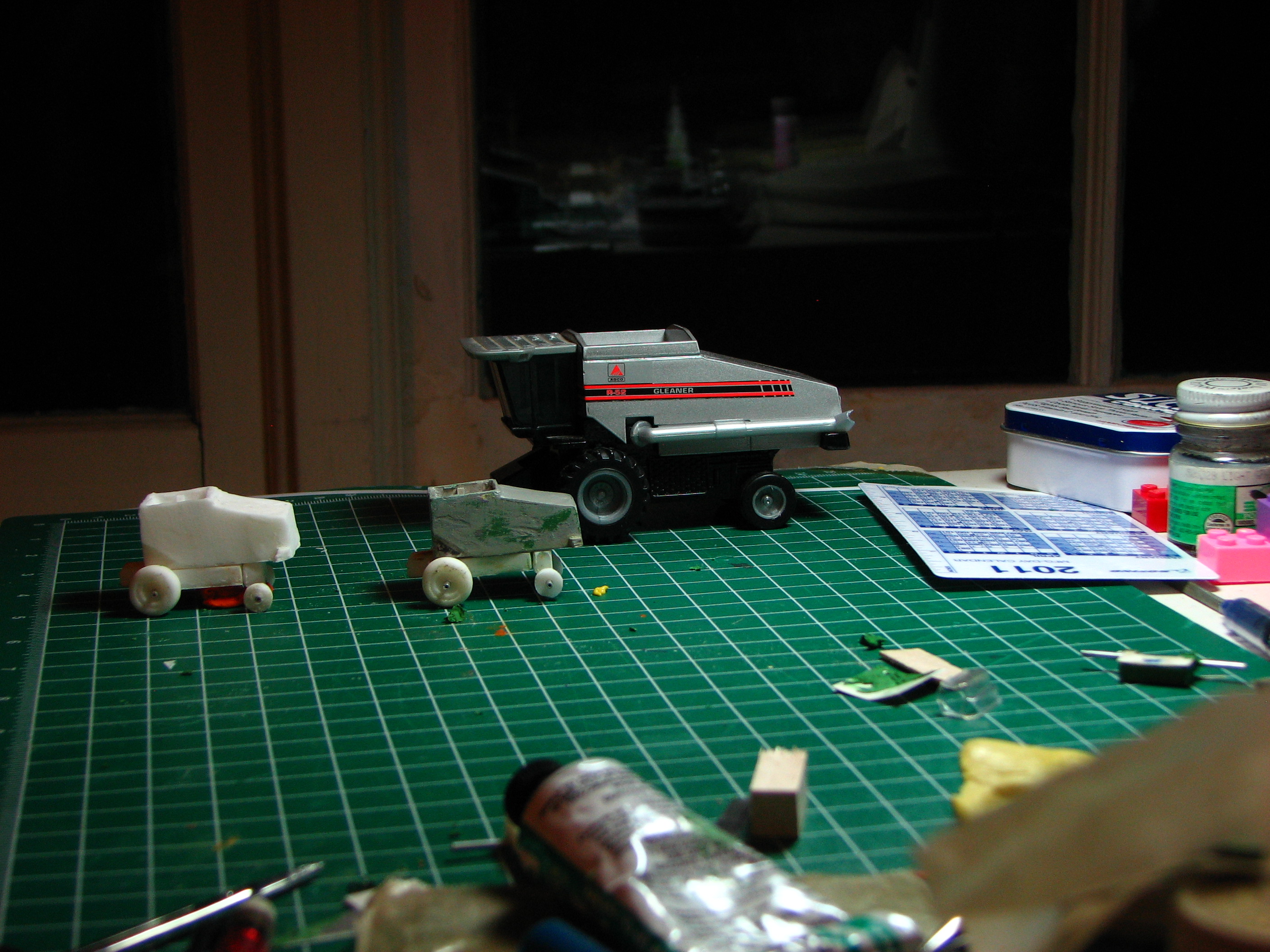 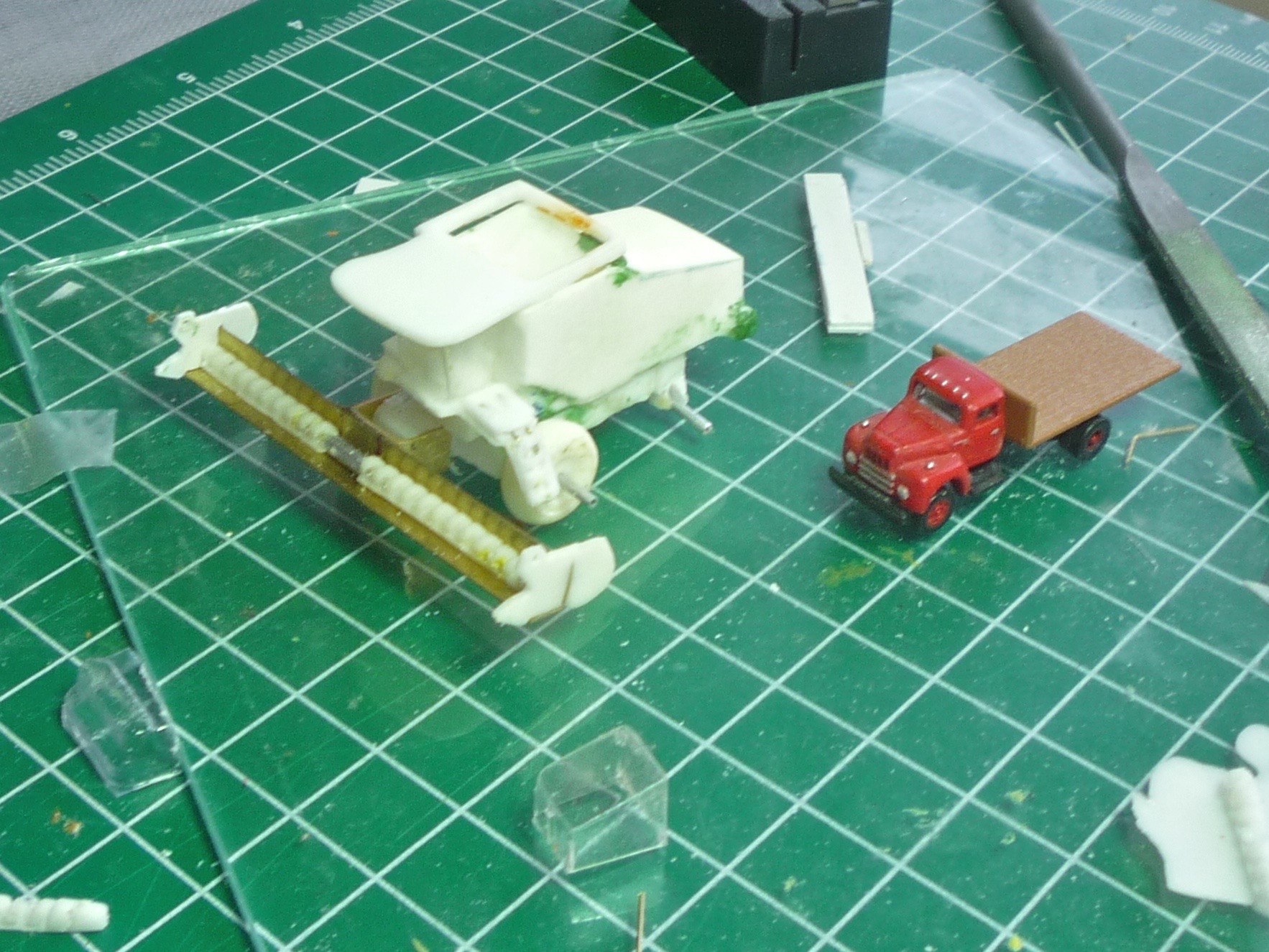 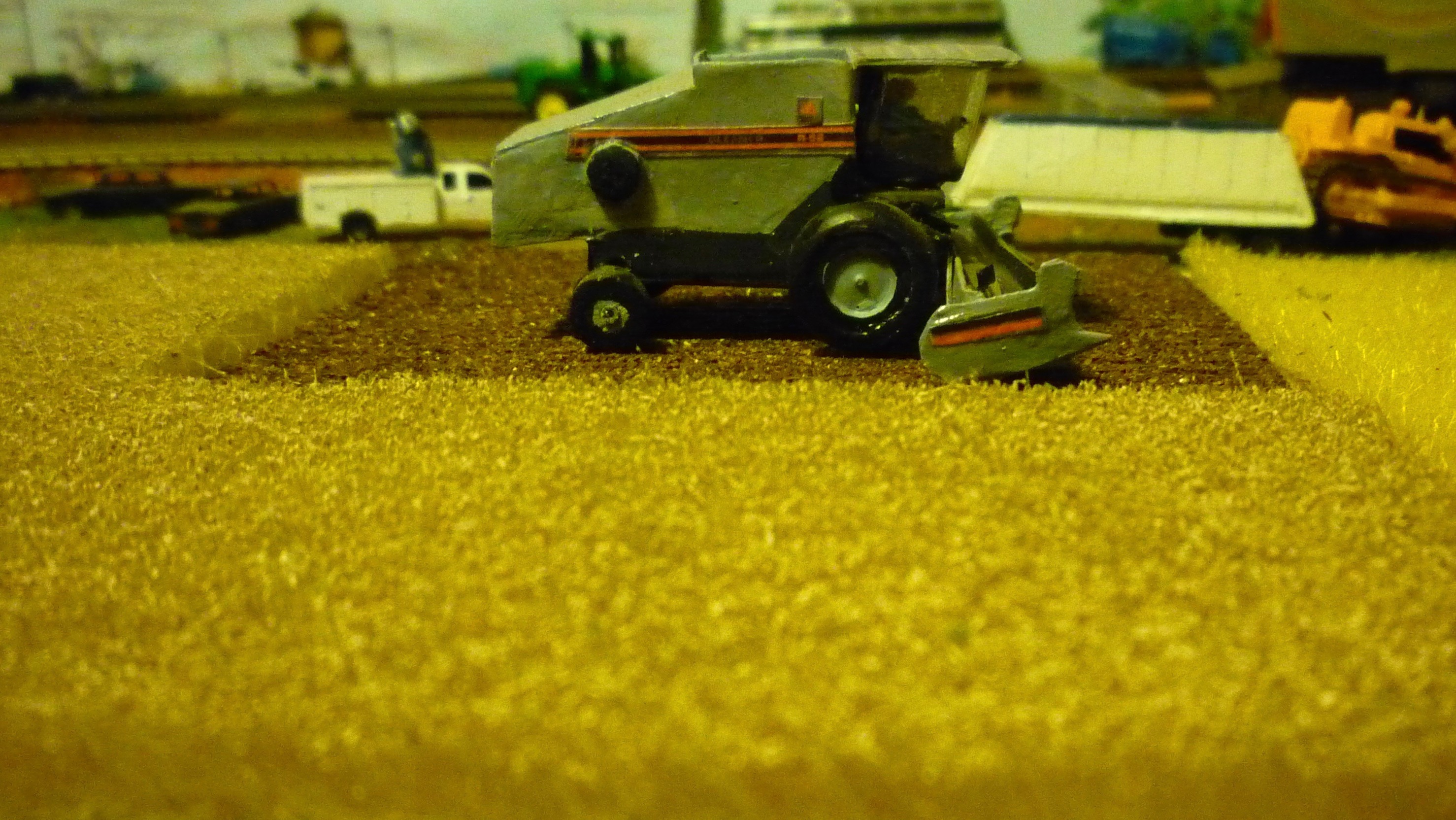